There are plenty factors one needs to understand while running a company, especially on the accounting and legal sides. Since learning everything on the go might not be convenient or even possible, we invited a four member panel from CA Consulting Firm – Italia & Associates, to address our members, especially small teams and startups with answers to frequently asked questions, and common concerns that need addressing.

Here are some excerpts.

They say that the Startup India initiative creates an effective environment for startups to thrive. In terms of tax benefits, what are the exemptions that new startups get?

One specific benefit for startups under the Startup India/ Make in India initiative is in the Section 80 I A C. The section provides a facility where startups are 100% exempt from taxes on the profits they make in three of the first five years. These three years must be consecutive, but the startup may choose, depending on their business model and profitability, which three years to utilize the benefit. Having said that, they must file their returns for all the five years, and explicitly state which years they wish to utilize the scheme.

We have heard about the Foreign Exchange Management Act. We aren’t very clear as to what it is about. How is it relevant to startups? How does it affect investments from abroad?

The Foreign Exchange Management Act 1999, also called FEMA directs how money comes in or goes out of the country. In FEMA there are two types of investments – inbound and outbound.  There are a few compliances that one must keep in mind while managing any cash-flow from or to India, including why the money is being exchanged, or through what firm it is being exchanged.

The Reserve Bank has laid a few guidelines and regulations, which can be classified under two routes – one, the approval route and two – the automatic route. In the automatic route, one doesn’t have to take permission from the Reserve Bank of India, but has to inform the bank of the cash-flow. In the approval route however, the companies need to take approvals from the RBI, to initiate any cash-flow. This second case is typical if the business concerned is agriculture or real-estate. So, if you have a relative who wants to invest into your agriculture/ real estate business in India, you will have to take RBI’s approvals.

However, if it is a software company in which you’re expecting to receive funds from an investor abroad that happens via the automatic route. You must however report the transaction to the RBI; you just don’t need an approval.

Is there a limit on the amount that can be exempt while making a transaction through FEMA? If yes, what is the limit?

There is no lower or upper limit on the amount that is tax-exempt, if it is given that the item that is mentioned is tax exempt. When the funds are inbound, within 30 days of the money coming into the country, the RBI needs to be intimated on the transaction, as well as any other details that follow later on, in terms of allotment of shares etc. In fact, in certain sectors even external commercial borrowing is allowed by the RBI, provided all the other conditions laid down by the RBI for transactions with that country are complied with.

Then, there are industry specific guidelines. For example, in real estate one can only repatriate your funds if your project completes in one and a half years. Similarly, there are guidelines industry-wise.

Given a situation of service tax, when I offer a client a service and collect the tax amount – say 15000 rupees on 100,000 rupees. Then, I take services from another person for the same project, and pay them a service tax of 7500 rupees; I remit the remaining 7500 rupees as tax to the government. How does it work in terms of VAT, if there is a similar set of transactions?

The process will be exactly what it was with respect to service tax. The easiest way to understand this is to calculate any tax on the most initial transaction. In this case the 15000 rupees, is what needs to be paid to the government. Whether you pay the entire amount, or you pay half of it, and the next service provider pays the rest is immaterial. The amount remains the same, for that complete transaction.

An important point to keep in mind would be that sometimes audits are done two or three years after the financial year. So, especially when transactions are complex, it is important to keep track of all the invoices and payment slips – hard copies where possible – so that the audit can be completed seamlessly.

In terms of software that is offered as a service, what is it that we should consider? Service tax or VAT? In other words, is SAAS taxed as a service or a product?

What is important is that the company substantiates their offerings as services or products clearly. Also, while the service tax is slightly higher than the VAT today, the government is bringing in reforms to standardize it and minimize ambiguity – especially because of the software sector.

Some companies might have to classify part of their offering as product, and part as service and charge taxes accordingly. This is a slightly confusing situation, but the standardization with the new law will make things simpler now.

In the Startup India initiative, can a startup acquire another business that is doing very well, and gain a direct tax benefit on this acquisition’s profits?

This is a highly possible scenario, and a major loophole for companies to avoid paying their taxes. However, we strongly think that this will be clearly outlined in the rules and regulations that they lay out, before confirming the exemptions. It will be taken care of under some form of a statement. One possibility is a regulation which says both the companies should qualify for the list of items that the tax benefit demands. This will easily eliminate such possibilities or loopholes. 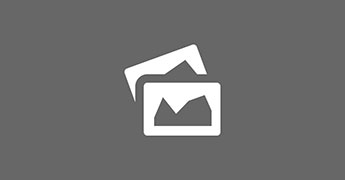 iKeva in association with HYSEA is hosting a Free Pollution Check for your vehicles. Make the most out of the free…

A Healthy Workplace Leads to a Healthy Balance Sheet

With increasing awareness of fitness, these days it is essential to find significant ways of keeping up a fit and…

Get notified about the next update

Select a Location to Proceed

Thank You for reaching out to us. We will be in touch with you shortly!